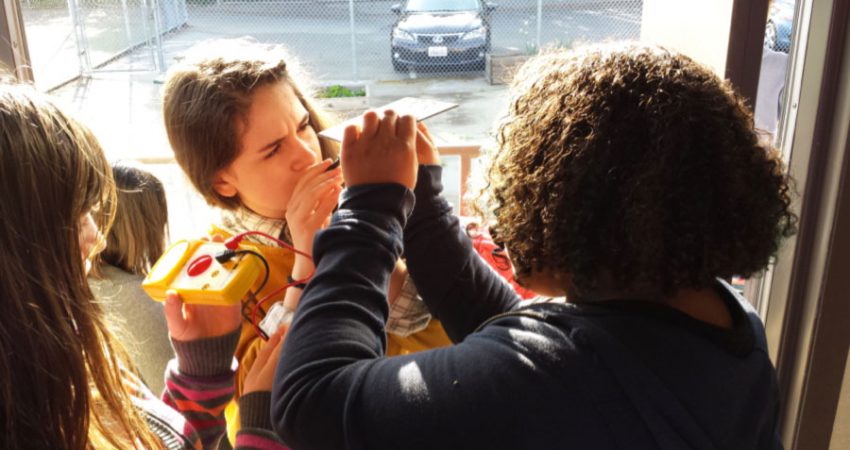 Science educators, in both formal and informal settings, can use results reported in this paper to

To help educators support and assess students’ developing capacities for argumentation, Osborne and colleagues developed a learning progression that mapped beginning and advanced levels of scientific argumentation across middle and high school years.  Learning progressions are empirically-based descriptions of the ways in which learning, in particular domains, is developed over time. Although they have sometimes been criticized as promoting learning as a linear process, advocates argue instead they provide important insights into the ways in which learning can be developed and supported over time.

To develop a learning progression for scientific argumentation, the researchers developed a pen and paper assessment that posed various situations, some scientific (such as what happens to sugar when it dissolves in water) and some non-scientific (such as whether a school should accept federal grants to change its lunch menus), with two opposing positions for the best explanations or decisions to take. They asked some 800 middle school students, from a culturally and economically diverse urban school district, to identify flaws and strengths in the competing positions.

Learning progressions draw on developmental theories of learning, such as Piaget, that conceptualize learning as a process that unfolds over time to support increasingly sophisticated understanding.

Progressions have been developed in a range of content areas such as planetary sciences, socio-ecological water systems, and evolution.

Claims are the “conclusions whose merits we are seeking to establish.”  In other words, they are the assertions or explanations that learners make about what they are investigating.

Data are the pieces of evidence that learners advance to support their claim.

Warrants are justification, or reasoning, that connects the claim and their supporting data. It is the reason why the data supports the claim.

Argumentation involves coordinating between these three elements.  Through this process, learners comes to agree with or disagree with a given explanation, and possibly propose a counter-argument based on alternative evidence or reasoning.

The authors note that the goal of scientific explanation is understanding whereas the goal of scientific argumentation is persuasion (p. 823). As such, critiquing an argument is more important than simply providing a counter-argument.  The authors cite research that shows benefits to science learning when learners are able to explain why something is wrong more than why it is right.  Thus they argue that engaging students in scientific argumentation not only expands capacities for this central practice of science, but can support learning in other dimensions of science, including conceptual understanding.

The authors also find that argumentation is contextual: The ability to connect claims, data, and warrants in a humanities class may not automatically transfer to a science context. They also note that their study did not take into account cultural or psychological factors that may make some individuals more or less prepared to engage in scientific argumentation.  For example, they cite studies that have documented how, in some cultural communities, arguing against elders or other authority figures is seen as impolite.  Citing Nasir et al. (2015), they suggest that explicitly engaging students with what scientific argumentation is, and how it supports scientific knowledge-building, is one way to support more inclusive teaching and learning.