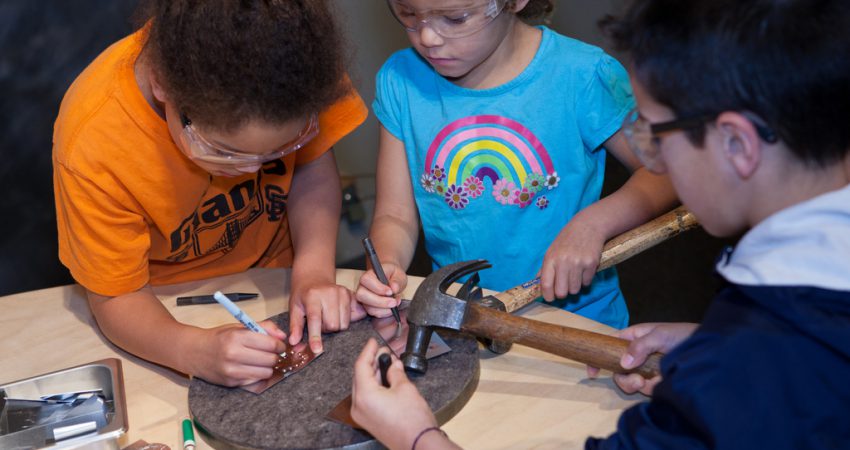 Educators need to recognize that all youth, including urban youth from non-dominant communities, have resources and expertise that need to be taken into consideration during the design of learning experiences.

The paper describes how middle school students appropriated and transformed a particular learning experience in an afterschool literacy program in Philadelphia. The researchers identified a wide range of ways that cultural assumptions were made and projected upon the urban middle school students, and how these middle school students resisted and transformed the program into one where they could explore and communicate their identities within their communities. This paper can draw ISE educators’ attention to the existing resources and strengths that teens from non-dominant communities bring to learning experiences.

The learning experience was designed to ensure that urban African-American, middle school girls had access to technology and learned how to use it to create a web page that showcased future career aspirations. The program’s director enlisted the help of male, Caucasian high school students from the suburbs of Philadelphia to facilitate the technology learning experience for the middle school youth.

Instead of creating web pages that highlighted a possible future career, the middle school students created web pages that showcased aspects of their identities as situated within their communities, thereby surfacing the histories of those communities and the structural racism that is a product of those histories. For example, one youth created a poem titled “Lived Confusion” in which she described her confusion relative to her neighborhood and the inequalities she sees all around her. The authors were able to show that the middle school students’ history, culture, and identity mediated the redesign of the learning experience (i.e., from career web site design to identity web site design). The authors argued that both middle and high school students experienced transitions and transformations through the course of the learning experience. The question then becomes how many educators can overcome their conceptions of youth in general and certainly urban youth in particular to recognize these resources and leverage them during instruction, in both informal and formal settings.

Kress, T.M. (2009). In the shadow of whiteness: (Re) exploring connections between history, enacted culture, and identity in a digital divide. Cultural Studies of Science Education, 4(1), 41–49.