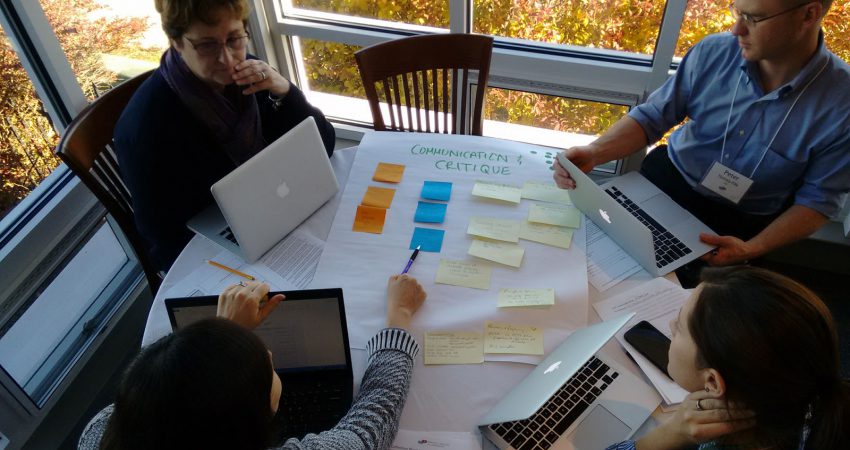 ISE professionals can use this study to understand the uses of social network sites (SNS).

The author claims that successful learning occurs when one is immersed in a multi-layered matrix of diverse social repertoires; that is, individuals accrue a sense of themselves and their world by being receptive, tolerant, and cooperative with a multitude of social experiences. This study addresses the extent to which public engagement with science can be enhanced with the technologies of Web 2.0, specifically using SNS. The author outlines the normative view of science held by the public – specifically that scientific knowledge is opaque – and discusses the value of SNS in providing a conversational, collaborative, and communal setting for engaging the public and scientists in a productive dialogue.

Beginning with the perspective that successful learning occurs when one is immersed in a multilayered matrix of diverse social experiences, the author posits that, firstly, SNS offer a space for self-reflection that enriches the learning experience. Secondly, SNS go beyond the classroom walls and they boast of a range of media technologies, enabling the learner to better articulate and make sense of new forms of knowledge. Finally, SNS are most beneficial as a resource for scientific learning.

Facebook and Twitter are used as examples to illustrate the affordances of SNS in informal and formal environments. For example, they offer a highly interactive way to explore a new space. In addition, they give students a voice where they can engage in critical reflection, as well as offer peer consultation, collaboration, and feedback.

SNS are seen as sites of recollection and (re)construction of knowledge, where one can think, critically argue and reach a consensus when reconstructing knowledge.

The author mentions several disadvantages of using SNS such as enlisting non-expert citizens in scientific debate that may represent inaccurate or biased representations of knowledge, and other issues. For the public to become better acquainted with the work of scientists and to avoid the SNS pitfalls, one may consider other means that scientists use to engage with the public, such as Science Cafés or themed science days at museums or aquariums.