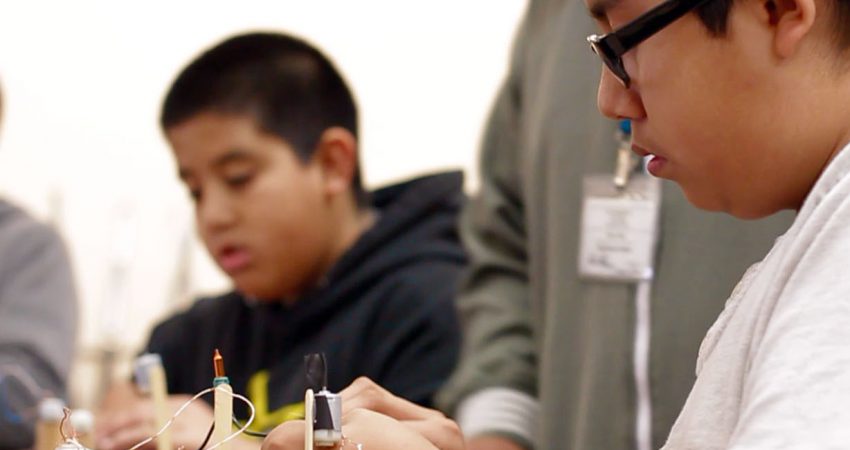 This study is relevant to educators seeking to expand science practices and discourse in their programs for youth. The author finds that a lack of understanding of everyday communication patterns of African-American students leads many science teachers to shut down students just as they are beginning to express interest and active involvement in the science classroom. The result may be orderly looking classrooms, but the youth have in fact “checked out” and are merely following procedures. This paper presents a framework for analyzing various levels of authentic involvement in the science classroom, and is an important resource for ISE educators seeking to engage urban youth in structured science education programs.

The author challenges common descriptions of classrooms where youth engage, for example, in processes of “filling up beakers, heating them up, and observing reactions” as exemplary of student participation in science. Emdin argues that in such cases, where there is no meaningful dialogue or discourse about what is happening, students may be simply obeying instructions. Thus, even in “successful” urban science classrooms, there may be little real science participation on the part of the students. The author cites the literature to show that high-performing schools tend to have more time on inquiry, along with more time spent in active communication among and between students and teachers. Furthermore, he argues that the types of communications the youth use in non-school settings may be better indicators of their engagement and communication in classrooms. For the purposes of this ethnographic study, the researcher enlisted five students as co-authors. The student-researchers videotaped student exchanges in classrooms and in out of school settings. The data collection involved documenting rap cyphers, where youth organized themselves in circles, took turns rapping, encouraged one another verbally and with gestures, engaged in overlapping speech, and took cues through verbal and visual communications. The author argues that if teachers understood how youth supportively engage with one another after school, they could come to recognize when students are becoming interested and engaged in school. This sometimes may be signaled by loud speech, heightened use of gestures, and overlapping speech. Rather than shutting down such a behavior as disruptive, teachers could learn to channel this emergent interest to foster authentic discussion and engagement in science in the classroom.

Through the data analysis, the author posits four different ways to characterize youth engagement and communication in the science classroom. Level 1 is characterized by teacher domination and active student resistance. These classrooms are loud and chaotic and there is little science engagement in them. Level 2 is characterized by teacher dominance and student passivity, but also with little science engagement. The author argues that many teachers and administrators deem level 2 classrooms as successful because it looks like students are obediently following the teacher, but the author finds that students generally perceive these classrooms as boring and alienating. Level 3 classrooms are characterized by loud active student talk surrounding science concepts, and level 4 has heightened gestures and active but not overwhelmingly loud talk about science. In level 4 classrooms, students are often organized in circles, are involved in explaining and discussing science with their peers, or engaged in whole group discussion about science. In these classes, students are not reprimanded for overlapping or excited talk or for the use of multiple forms of youth gestures. Emdin posits that level 4 classrooms are truly successful at engaging students in science talk and in encouraging full exchanges among students and teachers.

The problem, Emdin posits, is that many teachers see students’ talk and gesture, particularly urban African-American talk and gesture, as attempts to disrupt class (as in level 1) and so shut down participation, which leads to the creation of level 2 classrooms, as opposed to supporting the realization of level 3 to 4. The author argues this is basically due to a failure to understand urban African-American speech and communication patterns.

This paper provides detailed background on the problem and need. Significantly, this study finds that in classrooms characterized by level 3 or 4 interactions, students report that teachers value their thoughts and opinions more highly than compared to level 1 or 2 classrooms. The author also finds that students performed better (including providing more explanation and greater use of analogies, models, or metaphors) on tests of the content covered during lessons characterized as level 3 and 4 than they did on tests addressing content in lessons marked as level 1 or 2.