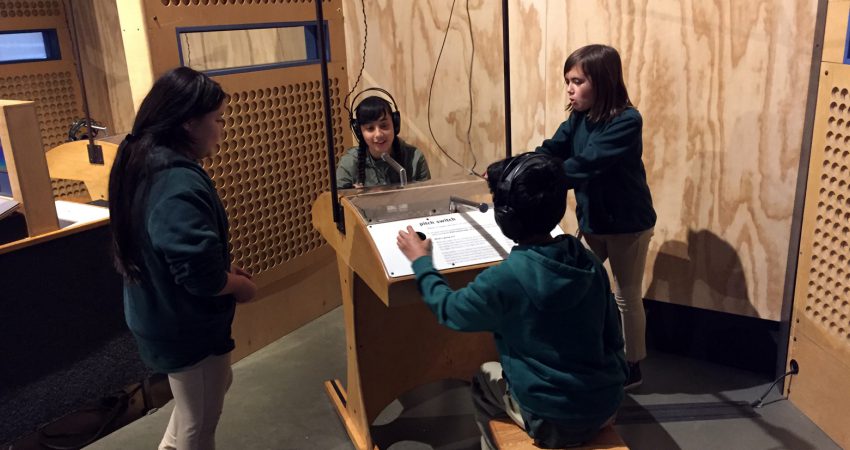 Learning how to communicate and engage in scientific discourse has become a significant goal of science education. Argumentation, or the practice of persuasion using evidence, is identified as a core epistemic practice of science and this study aims to identify some of the essential characteristics and skills students need to engage in scientific argumentation. For ISE professionals teaching science communication, the description and outcomes of this study encompass goals and techniques that might be applied to their own programs.

To help students learn the practice of argumentation, the author developed and implemented a 2-year curriculum. The approach was to target specific strategies that adolescents (here, middle-school students) need to develop necessary argumentation skills, to enable students to see the strategies as being worth the effort to learn, to have it be goal directed from the students’ perspective, and to promote meta-level reflection on the activity. Over 2 years, four topic areas were covered; a period of 7–8 weeks was allotted per topic.

Each topic area included three phases, which were called the Pregame, Game, and Endgame. The Pregame emphasized the goal-directed aspect, where groups of 7–8 students shared the same position on a topic and developed arguments to support their position and were prepared to anticipate opponents’ responses. In the Game phase, pairs of students worked together in electronic dialogues to construct responses to the opposing side and to reflect on that development (using a reflection worksheet with questions including: Our main argument was___/ Their counterargument was __/ Our comeback was___/How could we improve our comeback?). In the Endgame, the original larger groups engaged in a verbal debate between the opposing sides; individual students took turns in the “hot seat” to interchange with the opposing side and “huddled” as a group to decide on the strategy. This was concluded by viewing a video of the debate, reviewing an argument map and scoring of strong and weak moves, and writing an individual essay on the topic.

The author noted some of the early issues related to strategy and use of evidence, and how the students’ responses matured during the curriculum.

• Strategy: Early on, students focused entirely on their own arguments without addressing their opponents’ statements. Once they began to listen and to take into account the opposing views, the challenge then became the construction of counterarguments to weaken the opponents’ statement. The author’s assessments showed that as the debate proceeded the students’ discourse became more of a direct counterargument to the opponents’ preceding claim.

• Evidence: In the first sessions, to keep the focus on developing skills of argumentation, students drew on their own knowledge for evidence. Then students began to gradually draw on a provided resource (envelopes containing 8–10 questions and answers on the topic), the information was integrated into their arguments, and students started to generate their own questions. The author notes that strategies she began to see included supports (using evidence to support one’s own claim) and challenges (using evidence to challenge the other’s claim), which meant that students were beginning to appreciate the complexity and subtleties involved in the issues and use of evidence.

For a literature review on argumentation, see:

Bricker, L., & Bell, P. (2009). Conceptualizations of argumentation from science studies and the learning sciences and their implications for the practices of science education. Science Education, 92, 473–498.