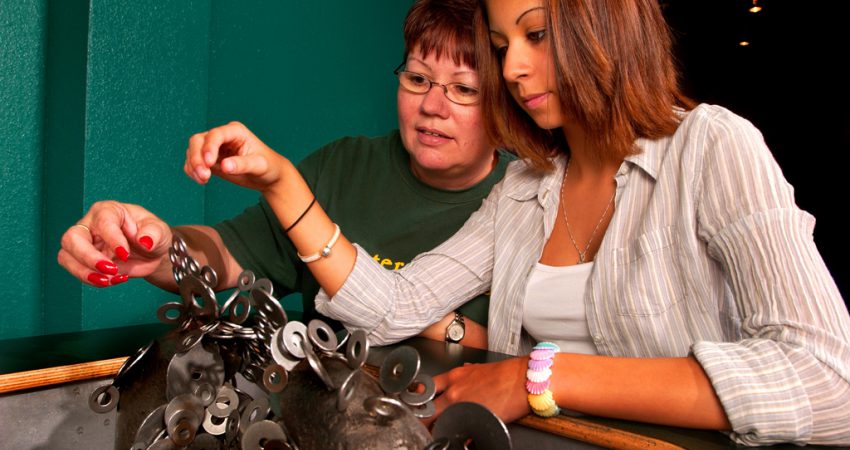 The researchers examine ways in which students use ideas or understanding developed in school in their everyday lives, which they describe as “transformative experiences.” This is a form of engagement that extends beyond a classroom or other structured learning context such as a museum or afterschool program, to one in which a person integrates a learned science concept into his or her everyday life, so that the he or she understands the world in a new way. The researchers argue this is a concern for all those who “seek to expand experience, enrich everyday life, and open the marvels of the world up to students” (p. 21). Ultimately, the researchers want to know how students’ identification with science and attitudes toward achievement may affect the occurrence of a transformative experience, but this study primarily describes the development and initial test of a quantitative measurement tool.

The researchers provide several examples to explain the idea of transformative experience: a high school biology student, after studying adaptation and natural selection began to think about these ideas when he saw animals in real life or on television, changing the way he perceived the animals – he did not just think they were cute but he would wonder if they were closely related to humans or how their physical appearance helped them. This student valued the school-taught concepts about adaptation because it helped him try to understand and think more about an animal. In other examples, a child may look at her bike and realize with excitement that it is made up of shapes (e.g. circles, triangle, etc.), or a student might develop an interest in bird watching because he was captivated by Darwin’s study of Galapagos finches (p. 4).

Transformative experience has three interdependent and interrelated qualities (Pugh 2002, 2004) that are detailed below:

These qualities can be understood as aspects of behavior, cognition, and affect (emotion), respectively. Transformative experience includes feeling, value, and action, as opposed to the more traditional conception of transfer, which focuses on the ability to apply knowledge (p. 7).

The study focused on the development of an assessment tool to aid the researchers in understanding how engagement in the classroom can lead to a transformative experience. High school biology students (N = 198) of two instructors took a pre-test, post-test, and follow-up test five weeks following a unit on natural selection. To determine the causes and impacts on learning, the instructors measured for transformative experience, achievement orientation, science identity, basic knowledge, conceptual change, and transfer. The results showed that most of the students surveyed were on the lower end of an engagement continuum; their engagement was largely confined to the classroom context. However, those students who identified more strongly with science and wanted to develop competence in biology were more likely to report higher engagement in transformative experience. In addition, transformative experience was a predictor of transfer at the 5-week test, indicating that ability to transfer may develop over time. This study tested and confirmed the efficacy of their measures, but the researchers believe it to be a small sample size and understandably want to expand the measure to additional instructors.