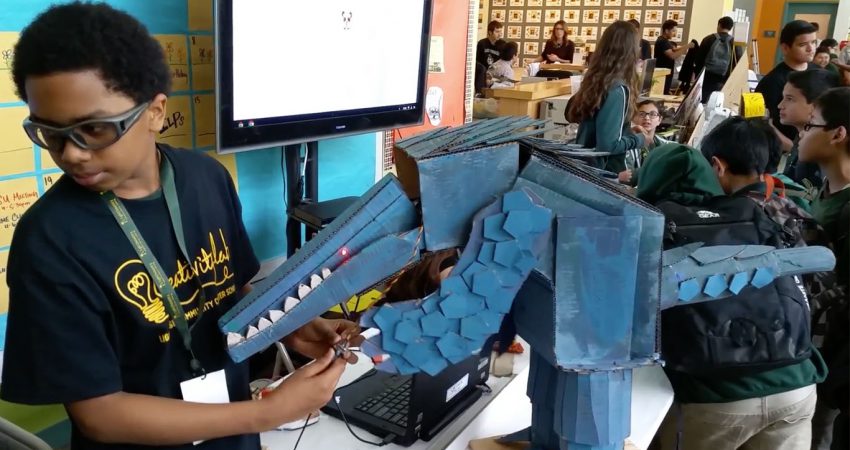 This study is based upon a body of work that characterizes individuals as being either primarily empathizers, systemizers, or an equal balance of both. Systemizing describes the ability to understand the world in terms of a system, whereas empathizing is the ability to identify and perceive the mental states of others. In this study, the authors examined whether gender played a role in determining motivation for science learning or whether the personality attributes (which they refer to as “brain types”) of either systemizer or empathizer were more significant. This study might be of interest to ISE educators engaged with the literature on motivation, gender and learning. This study is one of the many that address this challenging area of inquiry.

The study reported here involved a sample of 77 upper secondary school students. The students were asked to complete two questionnaires. The first examined the students’ systemizing quotient (SQ) and empathizing quotient (EQ). For example, the students were asked to use a Likert scale (strongly agree, agree, disagree, and strongly disagree) to score statements such as: “I like music shops because they are clearly organized” and “I usually stay emotionally detached whilst watching a film.”

The analysis of the results by the authors confirmed that there was no statistically significant difference in the motivational levels between male and female students to learn science. However, there were highly significant differences between “brain types”. Female students were found to have a higher EQ than male students; on the contrary, male students were found to have a higher SQ than female students. The second finding has interesting implications, the authors assert, for student engagement with system-rich disciplines such as the physical sciences: students with a higher SQ are more likely to have a greater motivation to learn science than those with a higher EQ. The authors are clear, however, in stating that the particular brain type – systemizer or empathizer – does not directly affect learning, but that it does impact motivation to learn: “Good systemizers are therefore not per definition good at (school) science, but they strive for it, which makes a good start to becoming a successful science student” (p .15). Finally, the authors note that as per their data analysis (and that of other related studies), male students are more likely to have a high SQ than female students. Thus, although gender is not significant in determining motivation level for science learning (as evidenced by the first finding outlined above), the authors argue that the secondary correlation – that male students are more likely to have a high SQ – may help to explain the observed gender differences in the choices of male and female students regarding science, technology, engineering and mathematics (STEM) study and careers.

It is important to note here, however, that the authors do not discuss how social and cultural factors may shape student behaviours. Indeed, this study raises questions about the complex nature of an individual’s motivation to learn or engage in science: an area of scholarship that is somewhat controversial. While one category of authors argue that people come to an experience with certain innate skills, interests or capacities, the other argue that all people can become engaged with a new topic and can develop skills, interests and capacities accordingly. Although the latter authors focus on the opportunities that may be provided to help engage learners, the former focus on matching opportunities to pre-identified proclivities. This debate extends to whether there is such a thing as intrinsic and extrinsic motivation to learn. Those that argue against the idea of extrinsic and intrinsic motivation say that you cannot separate the individual from the context in which the individual engages, and hence motivation emerges as a result of the person-in-context, rather than being something that exists independently of the setting. This view posits a dynamic understanding of person and experience, and rejects notions of “types” per se. This study, therefore, accepts more fixed notions of “types” but nonetheless suggests to educators a need to account for “types” by making science instruction more inclusive of the range of “brain types” and attributes held by students.

Of relevance to ISE educators, the authors conclude that there is an urgent need to make science instruction more inclusive. The authors argue that there is a need to develop a way of working with students with an empathizing disposition such that they acquire more systematized attributes in order to more readily engage with science. To reach these ends, the authors suggest that science teaching be structured to emphasize its social basis, for example by engaging with discussion around socio-scientific topics and so on. More broadly, however, the findings, and the wider educational debate to which this study is a part, remind ISE practitioners of the need to design and lead programmes in an inclusive manner that engage the broad diversity of learners with whom we work.

Cited and other related papers:

Gresalfi, M. S. (2009). Taking up opportunities to learn: Constructing dispositions in mathematics classrooms. The Journal of the Learning Sciences, 18(3), 327–369.