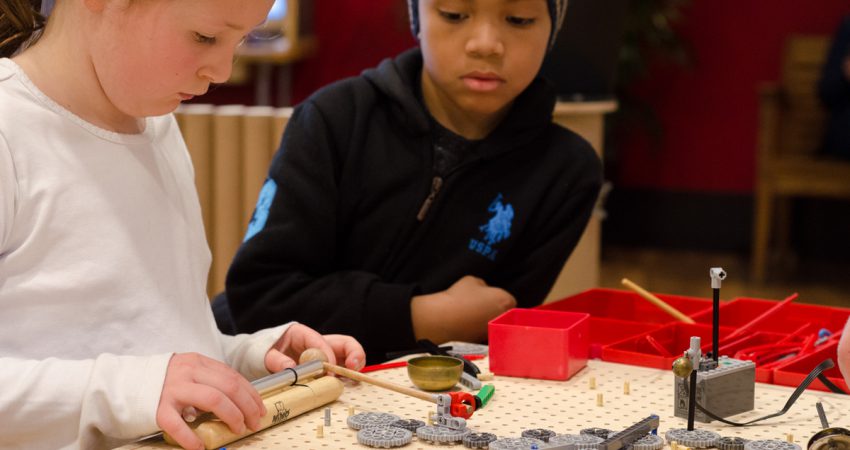 This paper contributes to a growing body of literature examining ways of supporting teaching and learning of socio-scientific issues (SSIs): controversial science-related social issues such as climate change, genetic testing, and so on. It seeks to challenge our understanding of why students succeed or fail in engaging with SSIs. The study compared experiences in two Swedish schools: one with a monoethnic student population, the other multiethnic. Findings suggest that, regardless of background, all students struggled to navigate the new discourse—the new ways of thinking, acting, and talking—required for meaningful engagement with SSIs.

The study acknowledges that students must navigate a number of discourses in order to be successful in school. The hegemonic school discourse requires learners to follow traditional rules: Speak only when spoken to, work under a teacher’s instruction, accept that you will have to do things even if you don’t want to. The discourse of science learning involves a further set of rules governing the ways students should conduct and report experiments, describe phenomena, and structure explanations. When discussions of SSIs are added to this mix, learners—and indeed teachers—can feel uncomfortable. The old rules may not apply: Teachers seek students’ individual opinions, and answers are not clearly either “right” or “wrong.”

However, engagement with SSIs is important. Research has shown that SSIs offer a context in which learners can see that science is relevant. Discussing these issues allows learners to strengthen their own self-efficacy. It also fosters the skills of discussion and evaluation that are essential for decision making and citizenship. Engagement with SSIs may help learners develop skills in ethical evaluation, media literacy, and argumentation. However, the authors point out that these skills are also a prerequisite for one’s first engagement with inherently contentious SSIs.

The study was part of a larger initiative designed to support the teaching of SSIs in Swedish secondary schools. Student and teacher responses to new SSI-related materials and teaching practices were captured on questionnaires. Student beliefs and attitudes, notions of self-efficacy, and work patterns were analysed with respect to the school’s degree of multiethnicity. The aim was to determine how the degree of multiethnicity affected the outcomes of SSI lessons, including students’ attitude toward school science. The study included qualitative observations of two classrooms, one from a multiethnic and one from a monoethnic school.

The paper presents the analysis of the quantitative results in full, summarising the findings as follows:

Students at multiethnic schools have a more authoritative view of knowledge, like to work individually to a higher extent, think that they have too much discussion in the science classroom, use the internet to a lesser extent and do not relate the SSI to the world outside school or public debate. (p. 1847)

The qualitative findings, however, suggest that the students in both types of school share similar difficulties in negotiating the discourse of SSI lessons: “[I]n both classes, students are not used to problem-based work and collaboration in autonomous groups” (p. 1851). Both groups were also observed to appear uncertain in performing tasks without instructions from the teacher. They lacked competence in locating and critically reviewing sources of information.

In sum, the authors found that the ability to engage meaningfully with SSIs depends on an individual learner’s attitudes, epistemological beliefs, and self-efficacy rather than on the degree of multiethnicity in the individual’s school. Further, barriers to engagement with SSIs are mainly due to the difficulty of integrating the discourse of SSIs with the “successful student” discourse. Thus, the authors describe the effect of introducing SSIs as a potential collision between the traditional discourse of school and the newer discourse advocating scientific citizenship. Differences in the degree of multiethnicity in schools clearly affect how teachers teach and students expect to learn. Indeed, the authors note that many Swedish immigrant populations were previously taught to view teachers as authoritative sources of knowledge, so that they may find discussing SSIs to be particularly challenging. However, it is the newness of the SSI discourse—the ways of thinking and communicating—that causes the most problems for students.

For informal science educators, this study’s findings show the need to acknowledge the potential difficulty faced by all learners who are expected to engage with forms of discourse contrary to their prior experiences. Clearly, engagement with SSIs is one area deserving special attention. However, in extrapolating these findings into informal science, we should be mindful of the potential difficulties that learners face when moving between the discourses of school and of informal settings, each of which have their own rules and expectations.