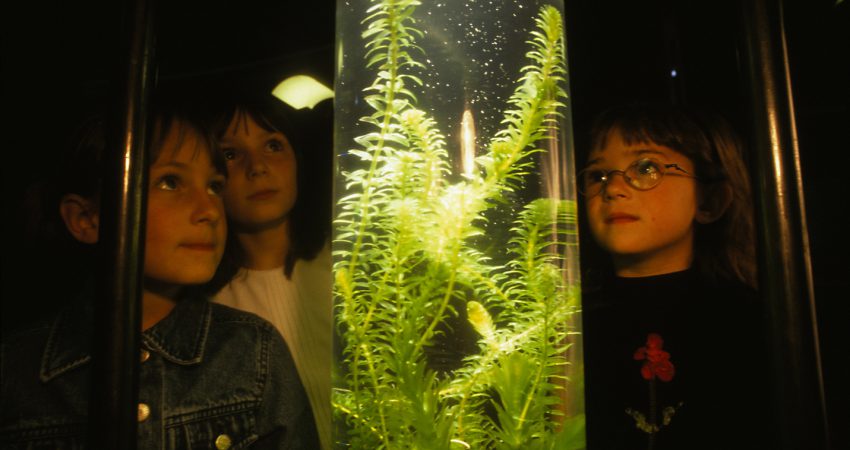 This study examines how youth navigate socioscientific issues through the case studies of two students in an afterschool program. The study explores how the students’ thinking changed during the program and what influenced the students’ final stance on whether or not to build a new hybrid power plant in their community.

Socioscientific issues are real-world, complex societal problems that, though they are based in science, cannot be solved using scientific evidence alone. They often present controversial, large-scale dilemmas that require ethical, economic, and political reasoning. Examples include global warming, genetically modified foods, and animal testing. In using socioscientific issues in education, the goal is not necessarily for students to come up with a solution, but for them to develop and support a position on the issue through investigation and analysis. The ability to navigate socioscientific issues is closely tied to achieving scientific literacy.

The authors of this paper use the concept of a “frame” to describe the way a student conceptualizes an issue according to his or her own values and understanding. “Set” frames are developed by external sources, such as the media, special interest groups, or community institutions. “Dominant” frames are the ones most often espoused in public discourse; they filter down to students though media exposure and through the adults and peers in their lives. These frames have underlying value systems, which are often hidden and can be difficult for youth to tease out.

Students in the afterschool program in this study were investigating whether to build a new hybrid power plant in their community to replace an aging coal plant. Dominant frames on this issue include the threat of climate change (or arguments against it), economic vitality, and energy independence. The various groups that author these dominant frames reflect diverging political views and interests, as well as varying amounts of power and influence.

The afterschool program in this study, Green Club, met year-round, twice per week at an urban community-based youth organization. In a 13-week unit, the 20 middle school youth in the club investigated whether their local utility company should build a new hybrid biomass power plant. They had previously completed a unit on the science behind power plants. For their case study, the researchers chose two exemplary students with strong intellectual leadership and science skills, so that lack of scientific knowledge would not inhibit their ability to engage with socioscientific issues.

1. Global warming and its dire impacts

Both students viewed global warming as a looming crisis, to which they associated droughts and famines, and the killing of animals and humans. Public service announcements the youth had seen and, to some degree, the current and previous unit’s curricula had framed the issue in this way.

The students’ families and friends were highly concerned about rising gas prices and energy bills. The power company framed the new hybrid plant as a cost-saving measure for its customers, as the current plant was increasingly expensive and difficult to control its pollution.

3. Unemployment and the economy

The state’s high unemployment and depressed economy were consistently featured in the news and discussed in the students’ community. In previous club units, both students had completed projects that framed a green economy as solutions to the economic crisis.

4. Pollution as a public health threat

This frame came from the previous unit on the connections between the burning of coal and particulate pollution, carbon dioxide emissions, and breathing problems. Personal experiences also contributed, as smoke emissions from the current power plant were prominently visible and the students had many siblings and friends with asthma.

As the students learned more about the power plant design, potential green alternatives, changes in household energy costs, and effects on the local job market, their reasoning behind their decision to support the new power plant evolved. What the authors found significant was that the youth clearly identified tensions among these frames. Their decision-making process integrated science concepts they had previously learned with broader environmental and societal issues. They did not directly replicate any set or dominant frames, but created their own understandings. All four themes played a powerful role in both students’ thinking, but they played different roles depending on the student’s values and scientific understanding.

This article lays out the dynamic complexity of student thinking about socioscientific issues, shedding light on the frames on which youth draw to make their decisions. Even middle school youth are personally affected by socioscientific issues, as are their families and communities. These particular students are also capable of distilling competing information and thinking critically about the issues.

The study’s findings suggest that educators need to reflect on how their students form their own understanding of socioscientific issues, taking into account the experiences of local communities and families as well as exposure to dominant and set frames. Educators must also deconstruct the underlying value systems of dominant and set frames in order to guide youth in investigating socioscientific issues. Informal science education (ISE) programs can play a key role in helping students develop critical thinking skills by helping youth understand not only the terms used but also the underlying biases and tensions in public discourse about STEM-related issues.

One limitation to this study is that the authors deliberately created a “best-case scenario” by choosing exemplary youth who had previously demonstrated capacity for highly analytical thinking. Many students in ISE programs could struggle to navigate multiple and complex frames and particularly to unpack dominant or set frames and position them against scientific data or other evidence. These are advanced skills that students may not have learned in school or in OST settings. Additionally, previous studies have found that students generally do not connect the science content they have learned to their decision making (Sadler, 2004; Zohar & Nemet, 2002). To successfully engage students who do not represent the best-case scenario, educators should evaluate such program design factors as the process of engagement, program length, and expected outcomes.