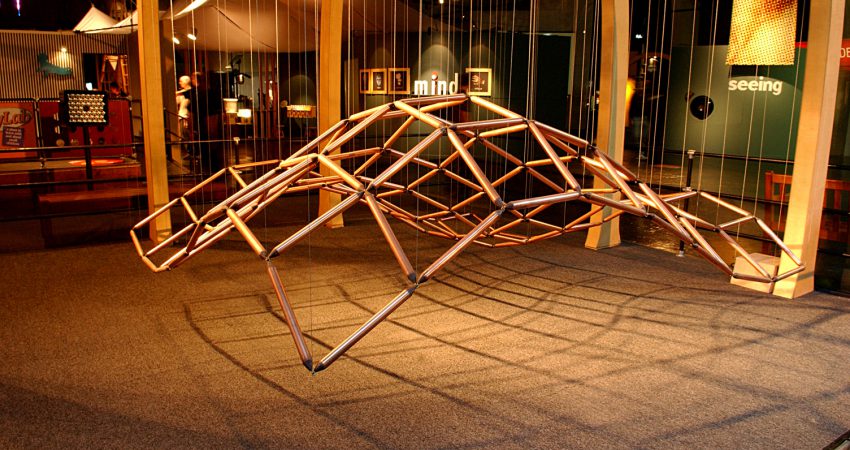 This study outlines a specific teaching strategy informal educators can use, with minimal preparation, to heighten inquiry skills during and after museum visits. It describes two games that can teach scientific inquiry even to large field trip groups.

The study addressed the following research questions: • Can inquiry be taught in the museum context without the need for pre- or post-visit work in the classroom? • Can such coaching of inquiry skills meet participants’ expectations for the field trip and provide an optimal mix of structure versus choice, as suggested in the literature? • Is there any evidence that the inquiry skills learned during such a field trip experience transfer to new settings? • How does the inquiry learning of field trip groups compare with that of intergenerational family groups?

Because the chaotic nature of field trips requires leaders to plan logistics carefully, the researchers looked for strategies that require minimal additional preparation.

The researchers examined 184 field trip groups of children ages 10–13 as they interacted with four science museum exhibits on physics and fluid dynamics. Chaperones supervised groups of five to seven children apiece. Student and chaperone demographics varied consistently across groups. Teachers were not allowed to participate in study activities.

In the first game, students and chaperones work together to identify and investigate a single juicy question: one to which no one knows the answer and which can be answered using only the exhibit at hand. Then students share their discoveries as they try to figure out the answer.

In the Hands Off game, students navigate the exhibit individually, but they call “Hands off!” when they want to propose an investigation or share a discovery. Then the student calls “Hands on!” so group members can go back to what they were doing.

Researchers measured student skill building by watching for the two behaviors identified above in videos at “pre-test” and “post-test” exhibits at the beginning and the end of the field trip. The researchers also assessed how much time students spent on exhibits, the number of explanations they generated collaboratively, and the number of related experiments they performed.

The comparisons showed that students who played an inquiry game more often engaged in the scientific practices than did students who did not play a game, with the exception of one exhibit in which more engagement was reported for those who took the guided tour. In particular, students who played an inquiry game engaged in more inquiry behaviors than did students in the corresponding control group. These students not only proposed actions and interpreted results—the two behaviors targeted by the study—but also linked multiple investigations. Furthermore, the chaperones were more involved with groups who played inquiry games than with the other groups.

The Juicy Question game outperformed the Hands Off game on several measures. Post-trip interviews and in-depth video data suggest several possible reasons: In the Juicy Question game, everyone had to participate, group members had to collaborate to choose a question, each member shared an interpretation, and chaperones played the important role of game facilitator.

Gutwill and Allen approach learning from the standpoint of cognitive psychology. They understand learning as a process in students’ behaviors and minds. They see evidence of learning in students’ activities: proposing actions and sharing interpretations while in the exhibits and, later, filling out questionnaires about their engagement. The principles underlying the inquiry games are linked to prior work in cognitive science and in science education.

The findings here are very practical, related to dilemmas regularly faced by informal science educators and teachers. The use of inquiry games solves several problems, including what to do with chaperones, how to balance choice and guidance in an open space, and how to ensure that students with varied classroom preparation can engage. The inquiry games are replicable in any exploratory exhibit or investigational setting. They support metacognitive and collaborative development, respect students’ prior knowledge, identify inquiry skills, and use modeling and scaffolding techniques to support learning.

Scientific inquiry skills are important in both informal and formal education, and the games are appropriate for either. Practitioners can also use the reasons Juicy Question was successful to plan field trips. Activities better promote inquiry when they require all to participate, explicitly foster interpretation, and encourage collaborative effort.

This study supports the notion that inquiry skills can be learned separately from content. The authors argue that the skills practiced with Juicy Question and Hands Off were “generic enough to be broadly applicable and yet [led] learners to engage with the specific interactions and science content inherent in each exhibit design.” The researchers did not investigate whether students learned science content as a result of their investigations.