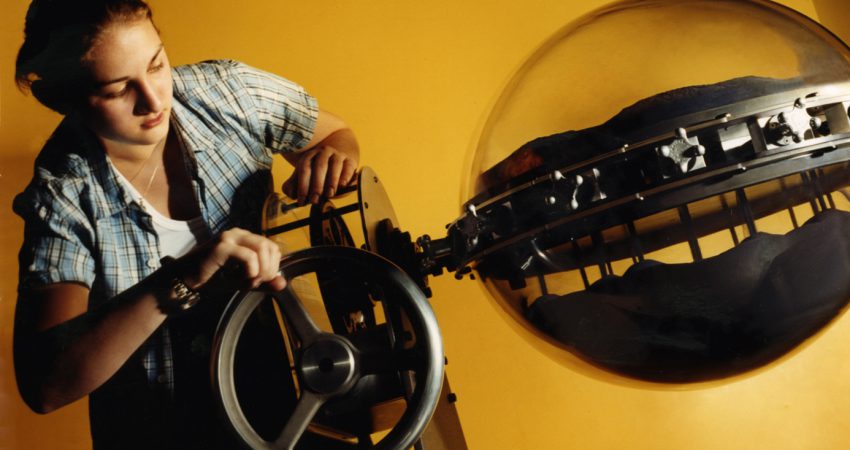 This study sought to understand what motivates students at the high school and early college level to choose physics. It explored students’ expectations of their study of physics and their plans and priorities for future careers. The researchers intended to contribute strategies that would increase the number of females who complete university physics degrees. They also hoped to show that a wider range of priorities and perspectives needs to be represented among physics practitioners.

Norwegian youth learn physics as an integrated science subject in years 1 through 11 and can also take physics as a separate subject in their first year of upper secondary school (year 11). After that, students choose one of three academic program areas to specialize in—if they choose science, they may elect additional physics classes in years 12 and 13. The post-compulsory choice of physics refers to year 12 students who have elected the science program specialty and have also chosen the Level 1 physics course along two other science courses. Tertiary students have chosen to enrol in a higher education degree program classified as physics.

The students in this study were part of a much larger study of upper secondary and university-level students. The subset included 585 students enrolled in the first non-compulsory (elective) physics course in secondary school and 278 university-level students enrolled in a first-year physics course. All students responded to a questionnaire of 120 Likert-type questions, with a few open-ended questions.

The researchers identified three profiles based on the secondary students’ answers to questions about motivational factors they regarded as important. The questions used to inform these profiles were grouped under six measures—interest-enjoyment, self-realization or ability to use one’s talents, fit to personal beliefs, utility for university admission, relative cost in terms of difficulty and workload compared to other courses, and expectation of success:

Significant proportions of both secondary and university students did not know what kind of job they would pursue in the future. Among secondary students who specified a career aspiration, 84 percent of those interested in engineering were male and 70 percent of those interested in health professions were female. Prominent gender differences were not found in university students.

The researchers in this study were strongly influenced by the expectancy-value theory of motivation and choice, particularly the model Eccles and colleagues (1983) use to describe students’ motivations for their academic and occupational choices. In this model, students are most likely to choose courses in which they expect success and which they value highly. Identity also plays a role, as it influences performance expectations and the value students place on an activity.

The researchers critique several aspects of the dominant culture of physics discipline that exists in both secondary physics classrooms and university physics courses. This culture endorses content knowledge, abstraction, rational discourse, and mathematical rigor. Students who are attracted to historical, philosophical, or socio-scientific approaches are left alienated. These foci also support the widely held and discouraging perception that physics is “difficult, hierarchical, objective, rigorous, and elitist” (Carlone, 2003)—a perception that is especially pronounced among female students. Teacher lecture and individual problem solving often characterize classroom structure, at the expense of learners who might require a hands-on approach.

Students with intrinsic motivations for choosing physics align with the typical physics student described by previous research—a student who is mostly motivated by interest and enjoyment, and is hence satisfied or well–adapted to a traditional physics discipline culture. Many students may be unable to adapt or turned off by traditional physics culture. University students with only extrinsic motivations may be less inclined to elect further courses or elect a physics major.

This study found females to be overrepresented in the intrinsic-and-extrinsic profile, suggesting that lack of interest is not the main reason for the low representation of women in physics. The authors posit that low representation has much more to do with the way females experience physics. The negligible gender differences among tertiary physics students suggests that the females who make it to that stage of the pipeline, are able to identify with or adapt to a traditional physics culture. However, for those women who don’t major in physics in college or even elect physics at the secondary level, efforts must be made to improve their experience of physics.

While broadening the physics pipeline requires significant changes at the K-12, university, and professional level, informal science programs can play a part in making physics accessible and attractive to all students because they offer flexibility and hands-on learning that can contextualize concepts. Program designers should explore methods of making physics culture more inclusive (see Carlone, 2003, 2004). Whenever possible, ISE institutions offering such programs should partner with teachers and schools, so that teachers can build on the generated interest.

Norwegian study participants may be less racially and socioeconomically diverse than some American communities. The need to support an inclusive experience of physics would increase with the greater presence of non-dominant and underrepresented populations.

Carlone, H. B. (2004). The cultural production of science in reform-based physics: Girls’ access, participation, and resistance. Journal of Research in Science Teaching, 41(4), 392–414.