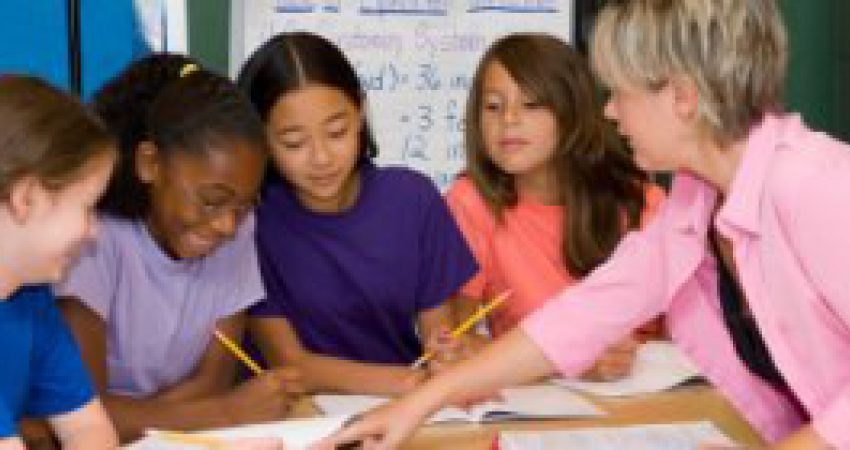 This three-year community-based afterschool research study focused on how girls’ engaged with science and how they negotiate identities with and in opposition to science. As part of a larger multi-sited ethnography, Rahm reports on learning and identity formation in relationship to science. The author observed girls whose families had recently immigrated to Montreal, Canada and were participating in an afterschool program focused on creating science newsletters and science fair projects. These observations were supplemented by interviews with students and instructors. Twelve girls from ages 11 to 14 participated in the activity each year (2008-2011). The students’ families had mixed immigration histories coming from Morocco, Congo, Caribbean, Greater Antilles, Bangladesh and Sri Lanka.

In this ethnographic study Rahm explored how one afterschool program encouraged girls to deeply engage with science through science literacy programing. The study followed two students within the program over the course of three years. It highlighted two important factors when considering long-term identity development and engagement with scientific activity. First it highlighted the way girls experienced science across places (at home, in school, across cultural practices, in afterschool programs, and other informal science environments). Second it highlighted the importance of recognizing the layers of contradiction that these girls encountered as they positioned themselves vis-à-vis the field of science where women of color are underrepresented.

The theoretical basis of the study connected science literacy development to sociocultural theory (Gutierrez and Rogoff 2003; Lemke 2000). In this framing, student learning is deepened by supporting their work to make creative connections between everyday and academic activities. Next the study used network theory to understand how girls’ science identities were formed alongside their identities as members of communities where there was underrepresentation in STEM fields (Nespor 1994, 2004). Rahm attended to space-time dimensions of engagement in science to analyze how students built identities that run counter to powerful narratives about who can become scientists and may successfully engage in scientific practices in their daily lives. To explore science identities once understood in terms of gender, ethnicity, and race the author positions science literacy as the dialectic between researchers and the researched as they negotiate stories in order to construct meaning and identity within science (Marcus, 1999).

Scientifically literate youth can use scientific practices and understandings for social action in ways that are empowering to them (Basu, Calabrese Barton, and Tan 2010; Bell et al. 2009). The creation of a newsletter focused on science literacy and provided a place for girls to bring ideas from other settings into their conversations about science. The girls designed a science newsletter to build-up and play with science literacy practices, which provided a space for them to grapple with what counted as science. As they talked through ideas for articles, they drew on knowledge from other experiences and tried to make new connections across places where science occurred in their lives. For example one girl, whose country of origin was India, chose to write about elephants for her science article. Rahm noted that, together, with a youth assistant, the girl discussed some of the symbolic meanings of elephants in India. She explained that the elephant’s “trunk being high up in the air br[ought] good luck”. The teaching assistant then guided the conversation toward "different ways to approach a scientific text on elephants, talking about its threats for survival, differences due to its place of origin, such as those from Asia as opposed to those from Africa”. (Condensed Fieldnotes, January 8, 2010). In this negotiation Rahm noted that what counted as science in that setting was narrowly defined. Although knowledge from other settings was encouraged in this exchange, the teaching assistant brought the conversation back to a view of science where knowledge was prepackaged by experts and passed on to students. In this example, the student was engaged in scientific literacy practices but she was not encouraged to engage in scientific inquiry through this practice. The science fair, by contrast, focused on creating new scientific inquiries to be carried out by the girls. Both activities became tools for local meaning making as the girls took on insider and outsider roles in science inquiry. She then explored two girls’ trajectories of identification with science over time (2002-2011), which—in addition to program specific curriculum—was driven by the cultural and social capital the two girls brought to the program.

Providing scientific material in the curriculum does not necessarily resolve or help students build new identities that address contradictions between existing science identities and gender, race, and class identities. Scientific literacy is multi-dimensional and can engage students in critical ways of thinking, doing, and talking about science; however science literacy practices are tangled up in complicated webs of activity that are dominated by white, male identities and cultural practices. The newsletter, for example, allowed girls to take up identities as science journalists. In some cases students took the explicit position that they did not want to practice science, but rather share scientific findings with others. Rahm argued that this position might have been a more acceptable negotiation of gendered roles within scientific fields—as the girls perceived them. Exposing girls to science in new ways through the creation of science newsletters, alone, does not necessarily lead to alternative scientific identity trajectories for underrepresented groups. However, there were instances when girls were able to play with ideas from multiple contexts, build new science inquiries, and combine understandings from multiple epistemological stances to author long-term science identities.