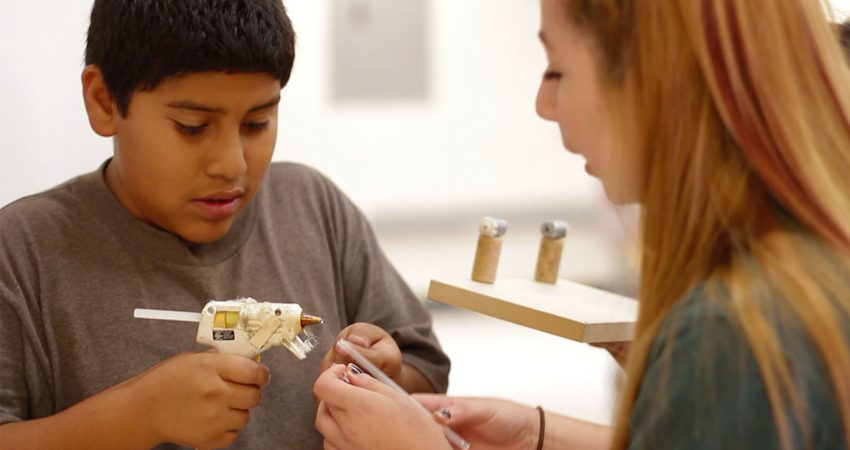 Implementation of inquiry-based projects in structured learning environments requires creating a culture of inquiry that may involve new modes of behavior or group norms. Beyond explicit behavioral rules, unspoken codes of conduct in classrooms typically shape interactions between students and teachers. For inquiry-based science learning to be effective, research suggests that participants must take ownership of their learning to make authentic connections to scientific content. Ownership involves posing questions, planning investigations, and debating findings—all of which can be seen as activities that challenge classroom norms. In this paper the authors Donnelly, McGarr, and O’Reilly explore how classroom norms can stifle or facilitate the implementation of inquiry-based science education.

The authors asked, “What mechanisms of power emerge when teachers attempt to implement inquiry-based science education?” To answer this question, they studied interactions between teachers and students in two schools in Ireland during guided inquiry-based chemistry lessons using a program called Virtual Chemistry Lab. Data included video observations, teacher interviews, student focus groups, and student self-assessment sheets. The students in both schools were 15–17 years old and were enrolled in an elective chemistry class. The inquiry-based project involved using a virtual chemistry workbench to solve a pre-determined problem regarding the flavor (composition) of vinegar samples. The teachers who led the lessons considered their approaches to be inquiry-based, encouraging open-ended investigations without prescribed recipes.

The study revealed that techniques for maintaining established power relations in the classroom were rooted deeply enough in student and teacher roles to interfere with the success of the intended inquiry-based science lesson. For instance, both teachers walked the room and initiated random check-ups on students’ progress. The teachers’ questions reflected a traditional product-oriented mindset focused on completing steps of the project rather than encouraging process-oriented inquiry, which foregrounds student-driven questions and open-ended exploration. As a result, students focused on completing step-by-step procedures, concerning themselves with “getting a colour change, rather than why they were getting a colour change” (p. 2040).

The study found that maintaining the traditional power dynamics between teachers and students undermined the inquiry-based goal of generating student interest in and ownership of scientific content. Students reported that they didn’t feel any ownership over the chemistry problem they worked on. Many felt uncomfortable trying to solve the problem without a recipe.

These findings reflect a persistent problem for inquiry-based education: classroom power dynamics are difficult to disrupt, and students don’t feel ownership over ideas. For example, many students in this study were worried that owning their ideas, critiquing curricular assumptions, and experimenting freely would challenge the teachers’ authority and bring negative consequences.

The study was conducted using a Foucauldian approach that understands power relations to be ubiquitous and primary in human social life. This framework views student and teacher behavior in the classroom as implicitly fulfilling the roles of a kind of classroom game, in which the teacher poses a question, a student gives a brief response in an attempt to satisfy the teacher’s demand, and the teacher evaluates the response (commonly referred to as “IRE,” or initiation, response, evaluation). In this context, students are less focused on learning about the world than on providing answers that fit the routine.

Foucauldians argue that power relations are maintained in direct and indirect ways. Surveillance, spatial distribution, and regulation are the direct methods. The indirect methods are defining norms, establishing ownership of ideas, and using persuasive or authoritative discourse. The authors argue that, while many of these techniques can be useful and productive, educators should strive to use them only in ways that don’t disengage students from the process of genuine learning through inquiry.

This study reminds educators that implementing inquiry-based practices requires more than good science content and open investigation. Attention must also be given to the existing power dynamics that shape student engagement. Educators can benefit from considering not only how they build inquiry projects but also how they build group norms to effectively shift student and teacher roles to accommodate an inquiry-based stance.