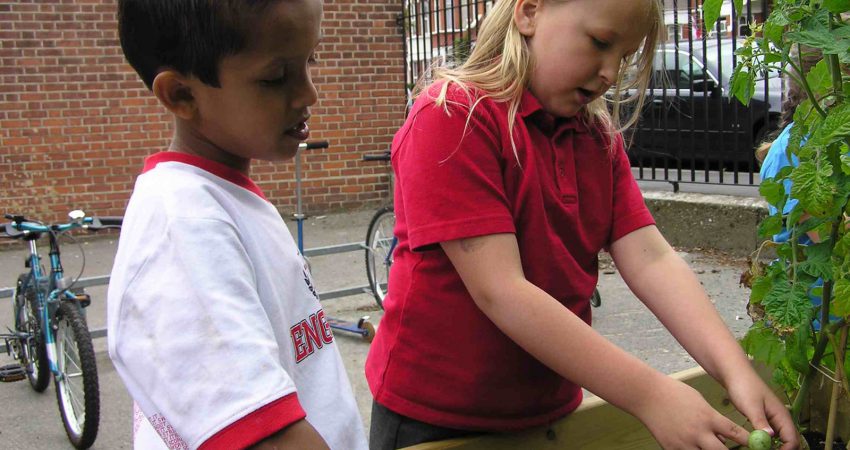 This ethnographic case study focuses on an afterschool program for high school girls in Montreal, Canada. The authors explore what happens when informal educators introduce science concepts in non-scientific spaces, especially in terms of science trajectories and identities for youth from backgrounds that are historically underrepresented in the sciences.

The afterschool program, ConvoClub, was designed to focus on “girls’ issues” by, for example, promoting self-love and developing self-esteem and positive body images and relationships. The researchers, the program coordinator, and a volunteer designed a student-led digital video project to engage the girls in exploring science. Using field notes, video data, interviews with the participants, and artifacts the youth produced, the researchers sought to understand changes in the girls’ motivations and attitudes toward science. This work was informed by a design-based research (Bell, 2004) approach: The findings directly affected program design, and youth were involved in on-going design decisions.

The participating students, six girls from a variety of ethnic and class backgrounds, initially reported little interest in science; some had had negative experiences with science in school. After six weeks of ConvoClub, during which science was not explicitly discussed, the facilitators prompted students to consider how the stories they had created and the discussions they had had encompassed science. They asked students to create collages exploring how science shows up in their everyday lives.

Through continued discussions and activities described in emblematic scenes in the paper, the girls in ConvoClub came to talk about sex, relationships, and friendships as involving science—“the science of relationships” (p. 14). For example, Kelly (a pseudonym) began the program with a negative science identity. During the collage activity, she repurposed scientific terms from conversations in the program into a poem about a previous romantic relationship. When prompted to consider where science figured into her life, Kelly connected to a stroke she had as a young child.

The researchers asked students why they thought the facilitators had introduced science, thus enabling the girls to consider the structure of the program and empowering them to change it. As a result, the girls designed their final collaborative video project as a series of interviews about connections between science and everyday life with other students at the community center where ConvoClub met. In the process, Kelly and the other girls not only incorporated their own ideas about and connections to science, but also “pivoted” (Price & McNeill, 2013) between contexts and found ways to translate ideas about science from ConvoClub to peers in the community center.

This study and its program design represent a model other informal learning programs can use to position youth as science experts and view science as deeply embedded in their everyday lives. Further, the authors make a strong case that educators should not merely ask youth to make connections between their everyday lives and science, “but also … construct situations where youth themselves [believe] that they [are] capable of constructing and engaging with scientific knowledge” (p. 22).

Gonsalves and colleagues take an explicitly sociocultural approach, investigating the cultural resources that students bring to their participation in science, rather than espousing a deficit model. Using the “figured worlds” construct (Holland, Skinner, Lachicotte, & Cain, 1998) to help define these cultural resources, they locate the ConvoClub girls’ histories with science and determine how these histories interacted with the girls’ stances towards science. The afterschool program also represents a “hybrid space” (Barton & Tan, 2009) that integrates science culture and youth culture. Such a space propels students toward a specific vision of expansive learning (Engeström, 1987; Gutiérrez, 2011), deepening both their expertise in science content and their recognition of how science appears in their communities and learning environments.

This study offers further evidence that informal learning environments are essential spaces in which to give youth opportunities to identify with the sciences. Legitimizing science in students’ everyday experiences empowers youth to find points of connection and translate between school and everyday life.

However, facilitators and designers of informal science learning environments should be intentional in how they frame science and science activities to youth. Gonsalves and colleagues describe how, when they introduced “a science unit” in ConvoClub, the girls responded negatively, based on their histories of marginalization in school science. Finding ways to “refigure what counts as science” (p. 25) by authentically engaging students with the science in their outside experiences is crucial. Such authentic engagement could be woven into any type of youth program through reflective activities such as journaling, collage, or self-documentation of everyday activities; group debriefs and discussions; or field trips to places that youth identify as being science-related.