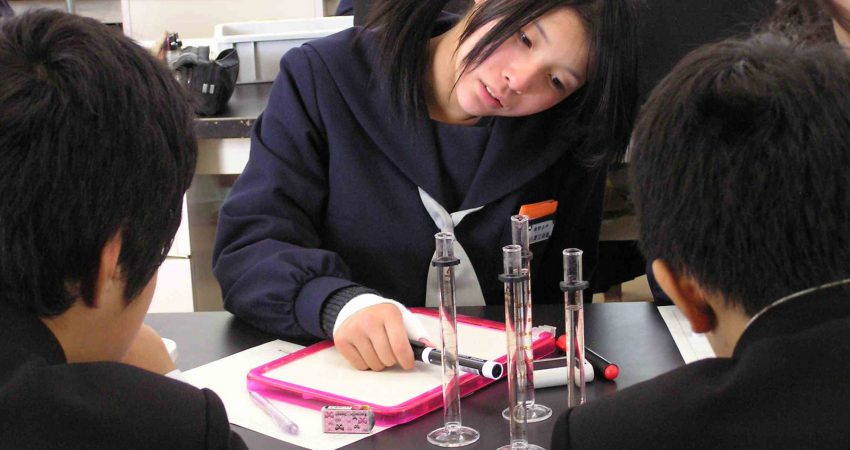 Cannady, Greenwald, and Harris call into question the accuracy of the STEM pipeline metaphor. They argue that a decade of pipeline-related policy prescriptions has not significantly affected the numbers or demographics of the STEM workforce. In order to interrogate the appropriateness of the metaphor, they reanalyzed data from the National Education Longitudinal Study of 1988.

In the traditional metaphor, the STEM pipeline begins with a large set of potential STEM workers in kindergarten. Due to “leaks” along the way, a much smaller number of people actually enter STEM careers at the end of the pipeline. These leaks are often thought to occur at major transitions: from elementary to middle school, at high school graduation, and at college graduation. Thus, ensuring that more students elect STEM college majors and enter STEM occupations requires efforts to plug the leaks.

The study addressed the following questions:

Cannady and colleagues looked at the most recent nationally representative sample of eighth graders, the National Education Longitudinal Study of the eighth-grade class of 1988. In January 2000, when most of those students were aged 26 to 27, more than 430 out of the sample of 3,320 students had a bachelor’s degree in a STEM field and were working in a STEM occupation category.

The authors identified three variables that have previously been established as predictors of STEM degrees and careers:

The authors confirmed the finding of Tai and colleagues (2006) that interest was the strongest predictor of graduating with a STEM degree. However, for the 430 STEM workers with STEM degrees in the longitudinal study, just over one-third (35%) had shown interest alone in grades 8 and 12. Interest plus high school calculus accounted for another quarter (26%). Thus, interest was a factor in about 60% of the students.

A smaller group of 12% of the people with STEM degrees had taken calculus but not shown any interest. Just over one quarter (27%) had neither interest nor achievement.

The researchers found significant differences among people with different types of STEM degrees. For example, people with degrees in physical science and life science had a higher proportion of interest only than those with degrees in computer science and mathematics. Math and engineering degree holders had a much higher proportion of both calculus and interest than computer science and life science degree holders.

The results of this study show that people take different paths into STEM college majors and careers. Almost half (48%) of those who ended up in STEM careers had not taken high school calculus, an achievement often used to indicate preparedness for STEM majors. Clearly, a large subset of STEM workers found a path outside of the traditional “pipeline.”

This study illustrates a critical need for qualitative and quantitative research on how people actually end up in STEM majors and careers. Such research should take into account not only academic achievement but also opportunity, identity development, and criteria for career decision making.

Informal science educators can take away from this study a reminder not to perpetuate the myth that young people without particular academic achievements (such as calculus credit) should not bother to pursue STEM careers. As many studies show, women and members of minority groups are less likely to have the characteristics emphasized by the pipeline metaphor. Informal science education programs can offer “on ramps” to students who might seem not to be on track for STEM majors or careers.