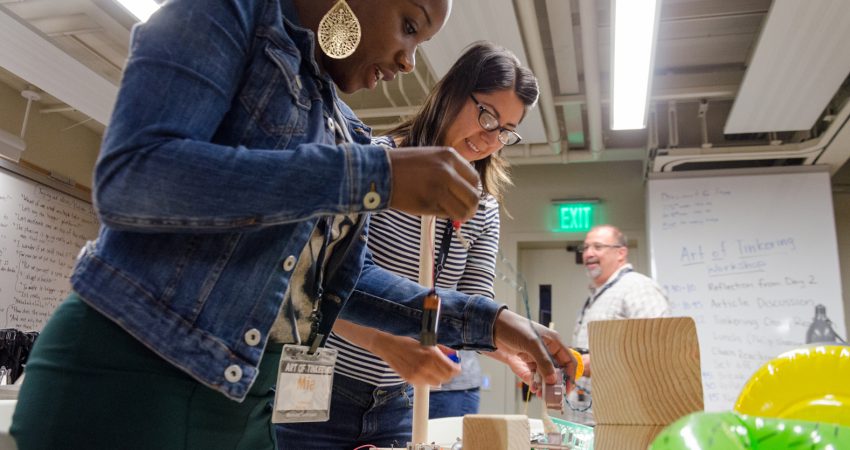 Recent years have brought a shift in the rhetoric of science communication in the U.K. from practices that are driven by perceived deficits on the part of the public, to dialogue-oriented practice, to joint engagement on the part of all stakeholders, experts and laypersons alike.

To examine the range and scope of U.K. practitioners’ experiences of and attitudes toward science communication and engagement activities, the authors collected 59 self-reports, administered 44 questionnaires, and conducted eight focus groups with 54 participants in total. The practitioners were identified by surveying websites, reviewing the practice literature, and consulting informally with colleagues in the field. The sample included people who self-identified as professional science communicators and university staff with experience in organizing science engagement events.

In the questionnaire and self-reports practitioners were asked to describe prior practice. In the focus groups, participants were also asked to plan an activity and to describe the reasoning behind their decisions.

The authors characterised 94 percent of participants’ prior experiences as deficit-based. A typical activity was an introductory science presentation to children. The purpose would be, as one respondent reported, to “enthuse future generations about many of the fascinating branches of science.”

Only 4 percent of study participants’ prior experiences were categorised as involving some form of debate, dialogue, or public discussion. For example, one respondent wrote, “I have been involved in a number of different outreach events including regular sessions such as Science and Society Discussion groups based around the biological sciences.”

Analysis of the part of the focus group sessions in which participants planned activities showed that some participants were keen to avoid controversy, so they did not seek to open discussion. The ideal audiences for participants’ hypothetical activities tended to be children and young people who had yet to choose a career path. The primary objective was recruiting future scientists.

Jensen and Holliman’s analysis is guided by Bourdieu’s (1990) work exploring the reproduction of existing practice. They considered how the field of science communication and engagement provides a system of structures that informs and motivates practice. The field has doxa, or common sense assumptions, that are made manifest in practitioner perceptions.

Jensen and Holliman also build on work by Jensen and Wagoner (2009), who argue that social change is cyclical: Thinking informs practice, which in turn informs thinking.

The third theoretical framework informing the study is that of Irwin (2008), who characterises science communication and engagement practices as first, second, or third order. First-order practices are deficit-informed: The presenter transfers knowledge to an audience with limited prior understanding. Second-order approaches involve a degree of dialogue between the scientist and the public. Third-order activities seek to set the sciences in a wider social context. In so doing, they involve multiple stakeholders in a set of ongoing, informed, and reflexive discussions.

Jensen and Holliman argue that no one approach should be the norm, as all three forms or orders of practice have a role depending on the context and the motivations of the stakeholders.

These findings are of interest for several reasons. Firstly, the ways in which practitioners conceptualise their options will clearly affect their practice: If they do not regard science communication and engagement practice as potentially facilitating discussions among varied stakeholders, they are unlikely to seek to organise and run such discussions.

Secondly, if many practitioners see their role as one of recruitment to the world of science, it is perhaps understandable (albeit contrary to the wider literature) that they choose to enthuse about science in a uni-directional presentation, than seek to engage in an open discussion which may have unexpected outcomes.

Thirdly, it would appear that practice is not keeping up with policy. As the authors note, the U.K. government has expressed a desire to avoid “public skepticism brought about through poor engagement and dialogue on [scientific] issues of concern” (Science and Innovation Framework, 2004, p. 105). However, most of the U.K. practitioners in the study appear not to have developed dialogic or engagement-based practices.

The authors close by arguing that, in order to generate more dialogic or engagement-based activities, practical realities must be addressed by employers, and funding bodies. These include the need for professional training opportunities and greater institutional support.