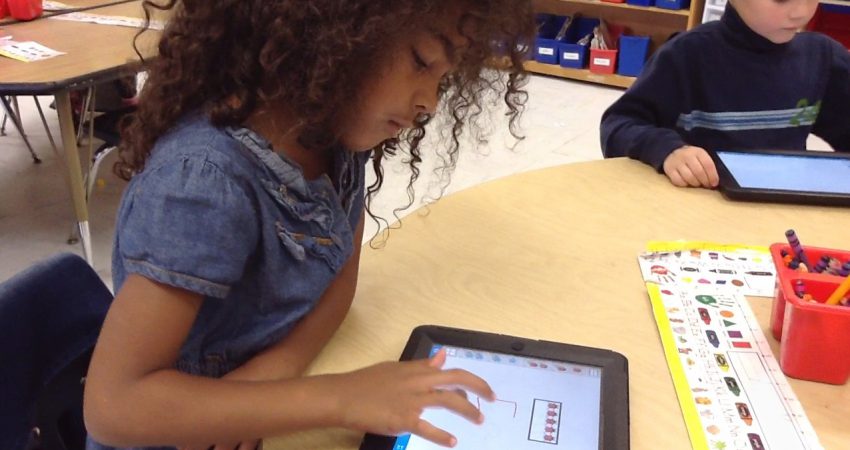 Designing games so the lesson is part of the fun By Suzanne Perin - November 2015
Keywords: Games, Interest
Theme(s): STEM Learning through Digital & Visual Media, Teaching and Learning in Informal Settings

The authors of this study investigated the educational potential of a digital math game called Zombie Division in an elementary classroom. Habgood & Ainsworth were interested in the effect of what they called “intrinsic integration” –linking the video game’s core mechanics of play to the educational content.

The idea is linked to the field of research called intrinsic motivation, in which the only reward is pleasure in the activity itself. Two components are central to the researchers’ definition of “intrinsic integration”:

In Math Blaster, the player must “zap” the correct answer to arithmetic problems to make progress in the game levels—which essentially make the activity a quiz. The researchers argue that, while a game like MathBlaster is fun, it does not embody the mathematics lesson as an intrinsic part of game play.

The game design: The intrinsic version of the game was designed to teach multiples and prime numbers. Players used combinations of weapons to attack zombies by dividing the dividend number on the opponent’s chest, until the number was no long divisible. For example, to make the play intrinsic, a player’s moves did the math: dividing by 2 was a single swipe of a sword, dividing by 5 was a punch with a five-fingered gauntlet, so dividing by 10 meant combing both moves. Other game elements included advanced levels with zombies that could parry attacks by certain divisors and a giant zombie that could be defeated only by dividing a large number into quotients less than 10. Incorrect division hurt the players’ health or increased the zombie attacks.

After the students played the games, they participated in teacher-led reflection sessions. They also took pre-play, post-play, and time-delayed computer-based assessments.

Children in all three conditions improved their understanding of the mathematics, but the researchers found those in the intrinsic-game condition—both boys and girls—improved the most in desirable ways.

Motivation theory distinguishes between two kinds of motivation – intrinsic and extrinsic. Extrinsic motivation is powered by the desire for rewards of some kind, provided from outside of the self- such as money, prizes, stickers, etc. Intrinsic motivation comes from within a person who is driven to pursue something through their own interest, and without a primary desire for external rewards.

Gaming and computer-based learning often appeal to informal educators as enjoyable ways to promote learning. These researchers in the study offer several design suggestions for classroom design, which can be adapted to informal settings. First, encourage reflection on the lessons of the game. Improvement across all conditions led the researchers to conclude that the teacher-led reflection session in combination with the use of a computer game motivated the students to learn math. Second, the researchers argue that there is a hierarchy to designing an intrinsically integrated game: the educational content comes first, then game mechanics, and finally the fantasy context. However, it may be harder make a business case for intrinsically integrated games, as they are more costly to create, and their design may not easily be applied to other learning goals. Finally, offline resources should be available to educators and parents to support in-game learning, as growing evidence shows that games alone cannot offer a complete learning experience.