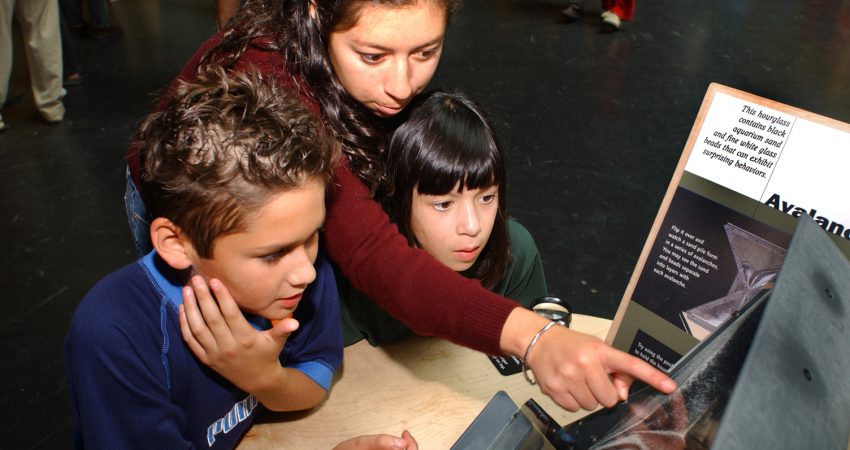 The new standards posit that “scientific argumentation,” in which students use data to argue from evidence, is a key practice for student science learning. However, a mismatch in expectations about the purpose of classroom discussions can inhibit productive forms of argumentation. Berland and Hammer compare forms of class discussions to identify how best to support students’ engagement in argumentation.

Berland and Hammer used “frame analysis” (defined in the Theoretical Basis section below) to investigate how students’ and teacher’s understanding of the purpose of the discussion affected students’ ability to argue effectively. A frame is what individuals and the collective group expect as the goal of an activity in its context.

This study shifts away from a previous view of students as unskilled in argumentation toward understanding them as purposeful contributors. The authors posit that students can argue effectively, but only in contexts in which the students view “finding something out” as the task at hand. Facilitating scientific argumentation requires teachers to skillfully frame discussions and classroom activities so that student conversation remains open-ended, allowing students to figure out new scientific ideas without the teacher imposing correct answers.

In this case study, the teacher created a situation in which students used available data to collaboratively understand and explain phenomena and challenge the assumptions in each other’s arguments. When students were focused on this goal, they demonstrated advanced skills of argumentation for an extended period of time—more than 30 minutes.

However, when the teacher reclaimed the position of authoritative expert to wrap up the discussion, the productive discourse stopped. Rather than leaving the conversation frame open so students could continue to explore and share their growing expertise, the wrap-up left the class with teacher-driven answers. This shift in classroom discourse created a mismatch between teacher and student expectations. Students continued to argue, pose questions and demand space to continue the discourse after the teacher had moved on, indicating confusion among the students about when it was acceptable to argue in the classroom. The authors suggest that teachers who want students to engage in argumentation must organize classroom activities and discourse so that teachers and students share a consistent frame or goal for arguing from evidence.

This study stems from earlier findings on student argumentation (Berland & Reiser, 2008), which revealed that even when students consistently use evidence to make sense of phenomena and articulate understanding, they do not consistently attend to the goal of persuading others. This study found that “persuasive discourse” or scientific argumentation, as envisioned by the new standards, requires social interactions that are often inhibited by traditional classroom norms.

This article explores how specific interactions in class discussions affect how students and teachers frame what is taking place. The authors use “frame analysis” (Goffman, 1974; Hammer, Elby, Scherr, & Reddish, 2005; Tannen, 1993) to investigate how experiences are organized in classrooms to create and maintain productive discussions in which teachers do not produce the answers. During the productive discourse, the students and the teacher in this study framed their argumentation as having the goal of using evidence to persuade their peers. Later, the teacher shifted the frame toward making sure students knew the correct answer.

This paper is of particular importance to practitioners in both formal and informal settings who are working to teach science as sense making and to incorporate argumentation as a scientific practice. By framing discussions in ways that encourage students to attend to the goal of persuasion, teachers can help students successfully engage in argumentation. Because this practice is inhibited when the facilitator is positioned as the scientific expert, educators must be conscious about how they enact their explicit and implicit social and knowledge authority.

For informal science educators working with classroom teachers, it is important to be mindful that practice and sufficient class time are necessary for teachers to establish classroom norms that allow rich student–to-student conversations without sacrificing a safe learning zone. It is essential to work closely with administrators and supervisors so that they understand what rich classroom argumentation looks like and support teacher development.