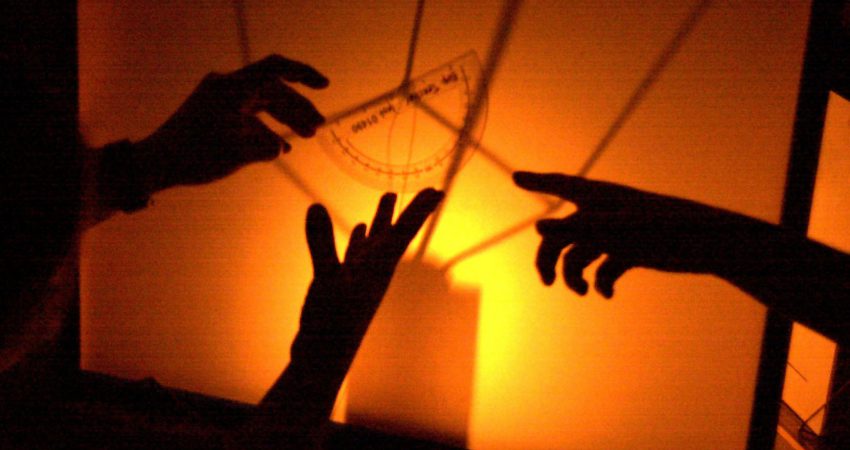 Lobato, Rhodehamel, and Hohensee investigated how learners “transferred” knowledge from one situation to another. They found that both individual cognition and social organization drove the learners’ process of selecting, interpreting, and working with particular features of mathematical information. The social arrangements of a class influenced what pieces of information students noticed and focused on.

The study compared two seventh-grade mathematics classrooms. Both teachers had the same content goals: to develop an understanding of slope as a rate of change, to explore linear and nonlinear functions, and to make connections among various representations of linear functions. However, the teachers used different materials and emphasized different aspects of the lessons and in varying sequences. The research set out to address two questions:

The two classes were video-recorded to capture the instruction, discussions, and student presentations. Then 17 of the 34 students in the two classrooms participated in a 60-minute interview in which they attempted to solve a slope problem and then answered individualized follow-up questions.

The interviews revealed a contrast between the two classes in students’ approach to the transfer task. The researchers related this difference to the different conceptual “centers of focus” (what students are supposed to notice or do) in the two teachers’ instruction about the slope of a line. In the transfer task during the interview, the students in one of the classes paid more attention to the axes on the graph. This focus allowed them to find and correctly interpret the slope. The students in this class seemed to think of points, lines, and slope as mathematical objects that represent a relationship or ratio. The researchers suggest that this way of noticing was influenced by the teacher’s expectation. This teacher wanted students to explain and justify their reasoning and to share ideas and discoveries during the lessons.

In contrast, students from other class were unable to correctly interpret the slope on the transfer task. They tended to ignore the axes and understood the slope as a series of boxes. The researchers related this tendency to the fact that interactions in this class focused on tying the “rise over run” idea to physical objects such as stairs or mountains. These students conceptualized slope as a measure of steepness, rather than as a ratio involving distance and time. The researchers found that this conceptualization of slope hindered the students’ ability to find the slope in the transfer task. The authors posit that the “centers of focus” that emerge in a learning setting are socially organized, or in other words, develop through the ways that students interact with one another, the teacher, and the content or activities. They describe how the information these students came to notice was emphasized in their dialogue that made certain information prominent. For example, the teacher in one class expected students to explain and justify their reasoning, and built upon students’ ideas rather than simply presenting her own way of thinking about the problem. This shaped the direction the class took during instruction, ultimately influencing the students’ approach to problem solving. In sum, what information students take up as most important depends on who provides the content, how tightly the teacher guides the interactions, and what material resources are provided.

The literature about how and when transfer of knowledge occurs is extensive. This paper draws specifically on Engle’s (2006) social framing theory. It is also influenced by Nemirovsky’s (2011) concept that feelings and gestures help people remember.Engle’s social framing involves the expectations in a situation that create a sense of “what is going on”; these expectations guide subsequent actions (Engle, 2006; Engle, Nguyen, & Mendelson, 2010), helping to explain how students know when to make use of relevant knowledge in novel settings.

Informal science educators who work in classroom-like settings with many students could use this framework to help them understand differences among classes or instructors. Aspects of the focusing framework might help them see the differences in what learners notice in different groups. Even when a single educator leads multiple groups, different social structures may influence what students notice, and different centers of focus may change what students learn. Who talks and what aspects of a lesson get the most attention, from either the teacher or the students, will change the learning outcomes. Reflecting on how and why particular aspects of a lesson were taken up by a particular group, and how that “noticing” subsequently affects students’ learning, might help informal educators generate centers of focus that lead to the hoped-for outcomes.

Engle, R. A. (2006). Framing interactions to foster generative learning: A situative explanation of transfer in a community of learners classroom. Journal of the Learning Sciences, 15(4), 451–499.