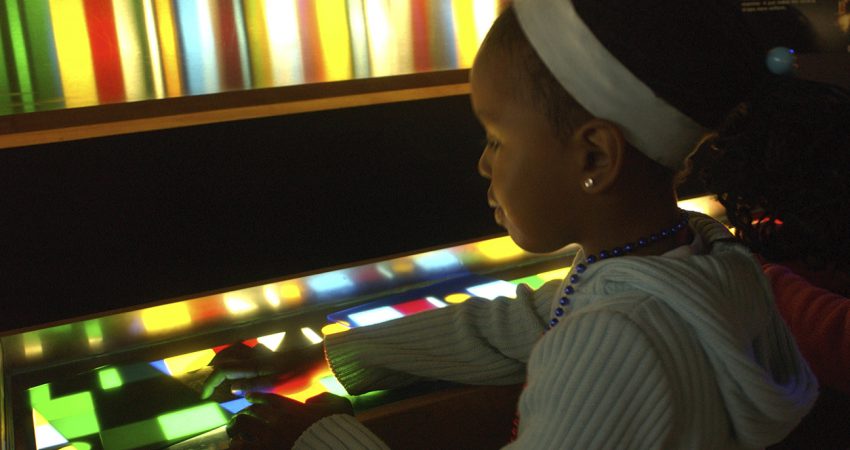 Campbell, Longhurst, Wang, Hsu, and Coster examine the effects of a year-long professional development (PD) course focused on improving teachers’ ability to use information and communication technologies (ICTs) in ways that support the use of science practices. ICTs include search engines, online databases, spreadsheets, productivity apps like Google Docs, geographic tools like Google Earth, and social networking sites like Edmodo. The authors say that effective integration of technology is an important and still developing arena of research, with some researchers characterizing it as a discrete area of knowledge—its own pedagogical content area.

Integrating technology becomes particularly challenging for science teachers when combined with a shift towards reform-based instruction: science education grounded in constructivist principles that prioritize inquiry. Many studies have shown that teachers tend to use ICTs in ways that don’t facilitate students’ engagement in science practices. Rather, teachers attend to more administrative applications like using PowerPoint to deliver lectures. The authors’ PD model seeks to address the challenge of integrating technology in meaningful ways into reform-based science instruction.

This study looked at how a one-year PD course on use of ICTs affected teachers’ instructional practice and teachers’ and students’ ICT skills. The authors also compared the achievement of students whose teachers did and did not participate in the PD.

Study subjects were science teachers and students in grades 6, 7, and 8 from 10 schools in New York City (NYC) and two school districts in Utah. Teachers participated in 80 hours of PD during the summer and 40 hours during the school year. During the summer workshop, they experienced two curriculum modules as learners. They then implemented these modules in their classrooms—one in fall and one in spring.

Two measures were used to evaluate the effect of the PD on teachers’ classroom instruction:

After the summer workshop, teachers self-reported on their understanding of science content and their readiness to teach in ways that reflect the nature of science. To evaluate gains in ICT literacies, students and teachers took a scenario-based test and were surveyed on their confidence in using ICT skills. The authors used the results of the Utah state science tests to track student achievement. NYC student achievement data were not shared with the authors.

The PD model proved to have a highly positive effect on teacher practice and student outcomes. After participating in the summer workshop, teachers reported significant gains in their understanding of the curriculum’s science content and the nature of science. Teachers said that they made significant improvements in both teaching science through inquiry and integrating ICTs. For example, teachers led students to use technology for observing phenomena, collecting data, and collaborating in the process of science inquiry. Finally, teacher participants reported increases in their ability to use ICTs to perform tasks such as identifying research questions, finding relevant information, synthesizing data, and communicating findings.

This study highlights the importance of using technology in meaningful ways – such as to collect data – that support and extend scientific practices. As the authors point out, their particular model of PD allows educators to see implementation of science inquiry firsthand. It also continuously supports educators in a collaborative setting, allowing for reflection on implementation successes and challenges, as well as pedagogical techniques. In light of the success of this PD model, informal science education practitioners responsible for staff training might consider adopting similar strategies.

Of particular interest to informal science educators concerned about equity is the finding that non-white and low-income students saw large academic gains when their teachers participated in the PD. Previous studies by Wilson, Taylor, Kowalski, and Carlson (2010) and Lynch, Kuipers, Pike, and Szesze (2005) echo these findings: Non-white students benefit the most from inquiry-based instruction, in comparison with traditional science education approaches. More research is needed on the exact mechanism responsible for this difference. Integrating the appeal of new technologies into inquiry-based instruction may leverage the strengths of each for engaging students from non-dominant communities in science learning.